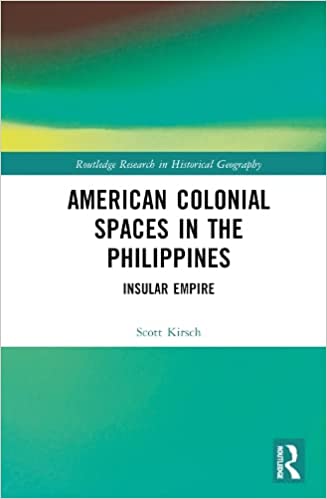 American Colonial Spaces in the Philippines tells the story of US colonialists who attempted, in the first decades of the twentieth century, to build an enduring American empire in the Philippines through the production of space. From concrete interventions in infrastructure, urban planning, and built environments to more abstract projects of mapping and territorialization, the book traces the efforts of US Insular Government agents to make space for empire in the Philippines through forms of territory, map, landscape, and road, and explores how these spaces were understood as solutions to problems of colonial rule.

Through the lens of space, the book offers an original history of a highly transformative, but largely misunderstood or forgotten, imperial moment, when the Philippine archipelago, made up of thousands of islands and an ethnically and religiously diverse population of more than seven million, became the unlikely primary setting for US experimentation with formal colonial governance. Telling that story around key figures including Cameron Forbes, Daniel Burnham, Dean Worcester, and William Howard Taft, the book provides distinctive chapters dedicated to spaces of territory (sovereignty), maps (knowledge), landscape (aesthetics), and roads (circulation), suggesting new and integrative historical geographical approaches.

This book will be of interest to students of Cultural, Historical, and Political Geography, American History, American Studies, Philippine Studies, Southeast Asia/Philippines; Asian Studies as well as general readers interested in these areas.